Patients have probably heard stories about how poor oral health can lead to a variety of medical conditions, some of them serious. However, some patients may have doubts about the seriousness of the oral-systemic link.

In June of this year, the Mayo Clinic put many people’s doubts to rest when it published “Oral Health:  A Window to Your Overall Health.” This analysis concluded that poor oral health allows harmful bacteria in your mouth to enter other parts of the body—and that can put you at risk of developing several diseases:

“Like other areas of the body, your mouth teems with bacteria — mostly harmless. But your mouth is the entry point to your digestive and respiratory tracts, and some of these bacteria can cause disease. Normally the body’s natural defenses and good oral health care, such as daily brushing and flossing, keep bacteria under control. However, without proper oral hygiene, bacteria can reach levels that might lead to oral infections, such as tooth decay and gum disease.”

Although that study was rigorous (involving, for example, more than 469,000 people throughout the UK) and conclusive in finding this linkage, researchers could not with certainty demonstrate the specific biological mechanisms which linked poor oral health and liver cancer. They theorize, however, that, because the liver’s role is to remove bacteria from the body, and because poor oral health creates a substantial increase in the number of bacteria, the liver must work harder to remove them. Over time, this weakens the liver and increases the probability of liver problems, like cancer. 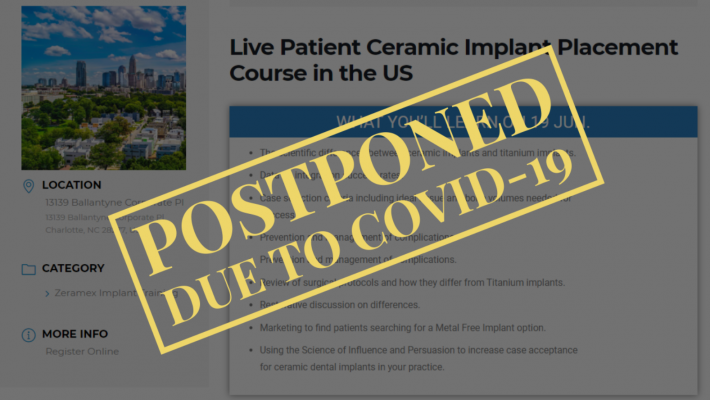 Live Patient Ceramic Implant Placement Course in the US